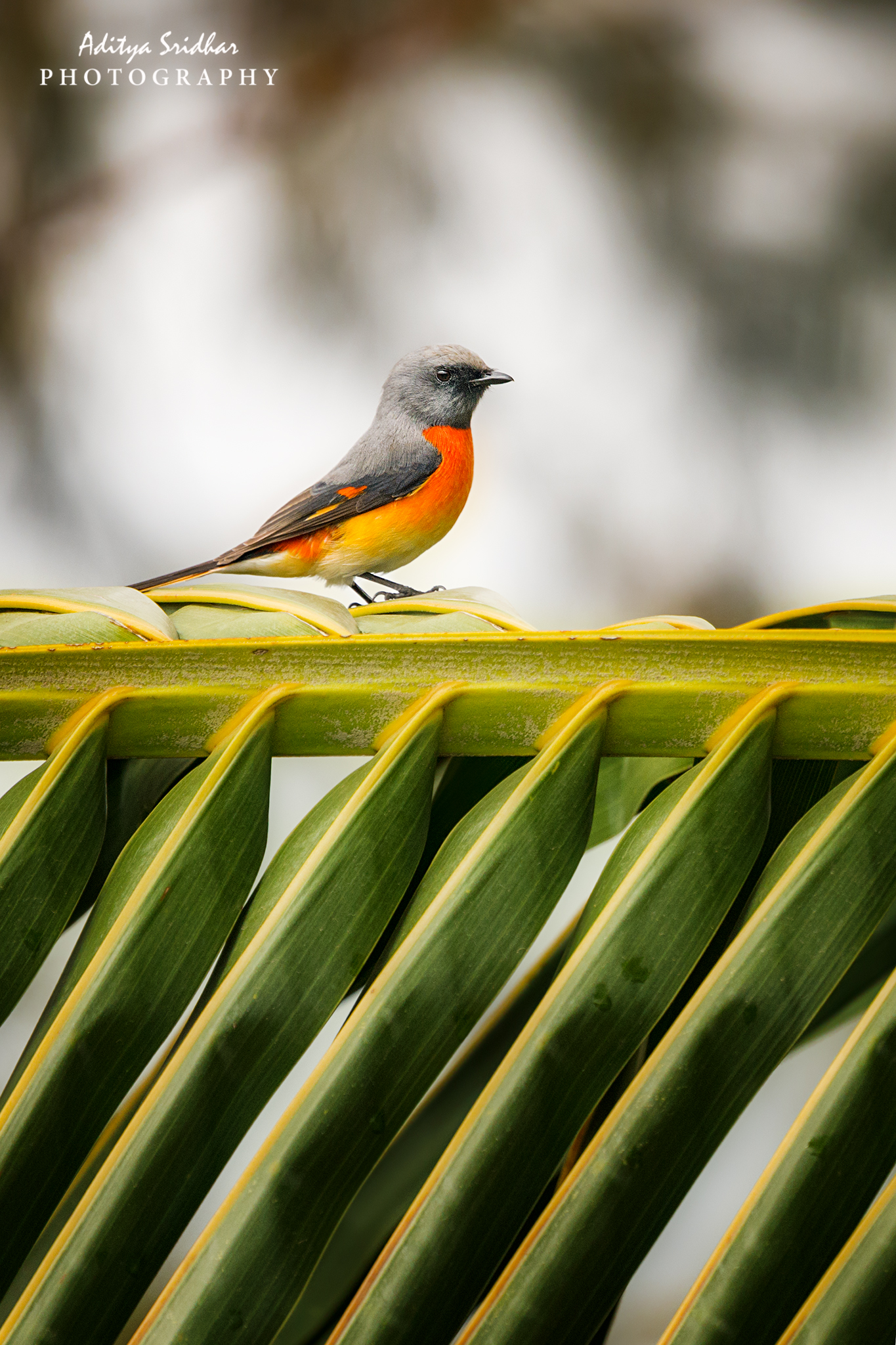 Cold. Wet. Windy. That’s the Indian winter in a nutshell. The months of December and January are especially cold, and coupled with regular showers, are probably some of the worst weather conditions for birdwatching. However, the overcast light often allows for great photographic opportunities throughout the day – not just during the golden hours – and the variety of migratory species that visit the Indian subcontinent during the winter makes going outdoors in the hostile weather a worthwhile exercise.

This beautiful male Orange Minivet was photographed at Devanahalli, a small town located at the outskirts of Bangalore, in typical Indian winter conditions. I stationed myself on the balcony, patiently waiting to capture anything and everything that flew past my camera, be it a common House Crow or the resident pair of exotic Golden Orioles. A few hours passed and I had nothing on the memory cards to show for my efforts. Dejectedly, I decided to further drop my already low standards and set myself up to photograph a flock of opportunistic Black Kites. That was when I heard a high-pitched ‘Tweeeee’. Panicking, I swung my head around, desperately trying to locate the source of the sound. I did not have to search for too long, though. The orange jewel decided to be kind and perched itself on a palm tree right in front of me. I managed to gather myself and fired off a couple of frames before the bird flew away, joining its flock at the treetops. Finally, I had something to rejoice at.