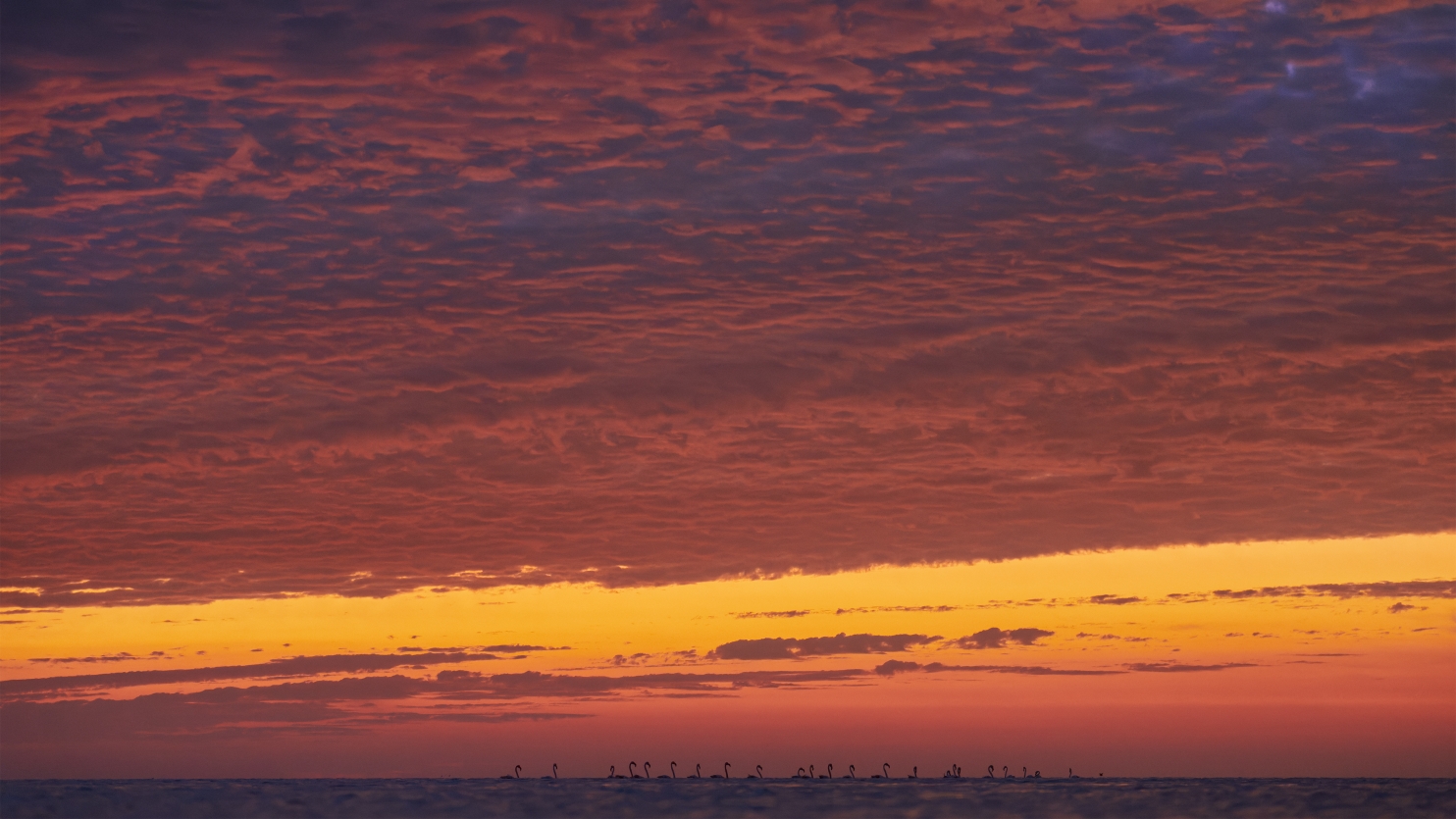 Whew! The past year was a whirlwind. Time flies when you’re having fun, I suppose. As 2022 draws to a close, though, I figured this was a great opportunity to reflect on and share a few of my favourite experiences over the last 12 months. I’ll also discuss what I could’ve done better and my plans heading into the new year. Let’s get started!

Egyptian Nightjars in the desert.

Around late-April or early-May, I started scouting for elusive Egyptian Nightjars in the desert. My first site was a limestone valley known as Wadi Al Buhair. The rocky outcrops there were absolutely stunning and would, at least in theory, be perfect for breeding Nightjars. I spent an entire month searching every nook and cranny of the arid landscape, but success evaded me. I was quite shattered at the time, but there was one more location I had in mind for this species.

If you’re following me on social media, you might remember how I found a roost site for these nightjars in late-2021. This year, I wanted to revisit that location and try something different. The first evening I visited the junkyard, I managed to sight 6 individuals as they left for their evening hunt. And so began a summer of intense toil; blood, sweat, and tears were shed, but the results were oh-so worth it.

Before I share more details about my experience of photographing these birds, I want to briefly touch upon the kind of shots I was aiming for. Egyptian Nightjars are the undisputed masters of camouflage, and to just spot them is a challenge in and of itself. To showcase their crypsis was my main goal and to do that, I needed to resort to wider focal lengths. I also wanted to capture some finer aspects of their behaviour, such as their wing stretches and yawns.

I usually visited the location around sunset, right around when the nightjars performed their pre-flight rituals. Getting to witness and observe these birds at such close proximity was a real treat, and being able to capture a few images was the cherry on top. On one particular evening, I recorded 20 nightjars which was absolutely bonkers! The birds were also highly tolerant of my presence and I was able to get right up to them on most occasions. I did notice early on that they were quite averse to the sound of the camera’s mirror-slap, so I relied on silent shutter mode when photographing them.

While I’m quite happy with the images I managed to capture, I’d love to get a shot of a nightjar’s yawn. I also want to photograph these birds in flight, ideally against a cloudy sky at a widish focal length. I’m just hoping their habitat won’t be levelled by the time summer comes around.

Well, well, well, where do I even start? Bharatpur was truly unbelievable. I spent 5 days at the park and left wanting even more. The landscape was just breath-taking and the immense diversity of bird-life was something special.

In the weeks leading up to my trip, I wrote down all my ideas in a book and pieced together the locations of some of my target species through various articles I found on the internet. I think that played a really big role in helping me focus on my goals while I was there. It’s very easy to get carried away or tunnel-vision on certain birds or sites within the park, so keeping an open mind and being adaptable is key, in my experience. I’d be remiss to not dedicate an entire guide to this magical place so keep an eye out for that come 2023!

Having looked at several thousands of images shot at Bharatpur over the last few years, I wanted to capture a side of the park that I felt wasn’t photographed as often as it probably should be – the landscape. The reserve is a mosaic of dry grasslands, woodlands, woodland swamps, and wetlands, with each habitat type having its own unique charm and draw. The transition zones between the different habitats had their own niche species, too. To really understand and showcase this aspect of the sanctuary was my primary objective. I also wanted to channel attention to some of the park’s under-appreciated and oft-overlooked species such as Jungle Babblers, Waterhen and the like.

Looking back, I can’t really imagine how the trip could’ve gone any better. I managed to photograph most of my targets – the most notable one being the Indian Scops Owl – and even managed to capture a few species I wasn’t even expecting to see, such as the Steppe Eagle. The enigmatic Sarus Cranes were also present, and to watch them blare out their calls in the early morning fog was the thrill of a lifetime. That isn’t to say that I couldn’t have done better – I certainly could, and probably should, have – but I just can’t complain about the overall experience. I did learn a lot of things over the course of the trip.

I’d love to go back to Bharatpur at some point, preferably during the winter when the fog thickens and bird activity is at its highest. In terms of birds I want to photograph, Spotted Owlets and Pelicans are at the top of my list, followed closely by Black Bitterns and Siberian Rubythroats. Of course, I want to spend a lot more time with the Scops Owls, too.

The Greater Flamingos of Askar.

The onset of winter marks the arrival of Greater Flamingos to the coastal lagoons of Bahrain. The last time I photographed them were way back in 2017, and I just couldn’t manage to quite find the drive to chase them in subsequent years. Until now, that is.

This beach on the south-eastern coast of the island is, conveniently, home to a large congregation of Flamingos. While they usually remain at sea, these birds lumber over to inland lagoons and tidal pools in search of food and to roost during the high tide. This is usually the best time for photography, as long as one respects the birds’ space. Crouch-walking and army-crawling is key.

Flamingos are sleek, elegant waders, but to show off an individual’s beauty would, in my opinion, be a bit of an injustice to the species as a whole, if that makes sense. I think their underlying appeal is in the fact that they’re found in massive groups.

As such, I really wanted to capture a shot of the entire or, at least, a significant portion of the Flamingo flock. I was aiming to shoot the birds against the rising sun or, if the weather allowed it, against a wall of clouds. It was fairly straight-forward. The challenge was to find some semblance of order within the chaos that is the colony.

I want to spend more time finding different perspectives to shoot the Flamingos from. I think fog and rain could add new dimensions to the images as well. Photography during the blue hour is also a real challenge that I’m looking forward to.

Next year, I’m going to try to place an even heavier emphasis on the importance of habitat to a bird’s existence. One cannot exist without the other, and capturing that interplay is my main goal.

For all of its efforts in fighting climate change, as the newspapers might suggest, Bahrain’s faltered on more than one occasion to protect the few green spaces that exist in the country. Wild grasslands replaced with residential properties, coastlines littered with plastic pollutants, and deserts devoid of life – the island’s been in the epicentre of an environmental crisis over the past decade, but precious little has been done by the authorities to combat the illegal and immoral wide-scale destruction of its natural sites. It’s alarming and aggravating.

Here’s hoping that the new year brings about a shift in attitude towards the environment. There’s not much left to save, but every positive step counts; the birds depend on it.

Thanks as always for sticking around and reading my rambles! I hope you found this post interesting. I’d love to hear what you’ve planned for the next year as well!