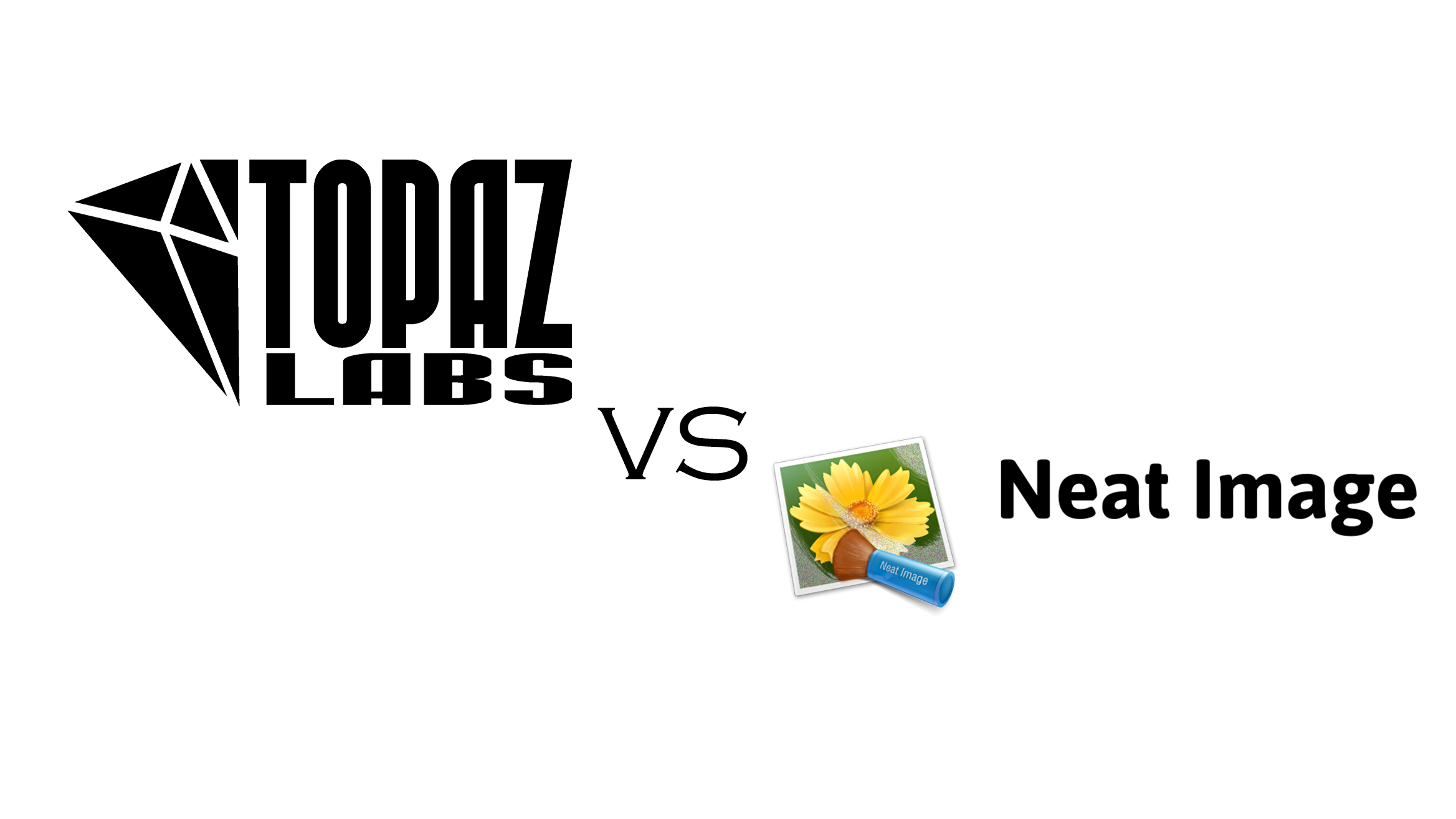 Noise Reduction (NR, for short, since that term’s gonna come up a lot in this post) is an oft-misunderstood topic. It’s not as easy as it sounds since proper NR involves careful manual adjustments based on the level of noise present in the image, not just dragging a slider all the way to the right (and no, that does not constitute manual labor lol).

Before we get to the meat of this post, it’s important to understand what noise is and how NR works. Noise is an artifact caused by digital sensors and is present in all digital images, no matter how low an ISO is used. Noise does not exist on its own though. The ‘Signal-to-Noise ratio’ (SNR) is a good indicator of how much detail (Signal) is captured relative to the amount of noise in an image. For example, at a camera’s native ISO (say ISO 100), the SNR is very high because the level of detail captured is significantly higher than the level of noise present. As the ISO is increased, the SNR falls and the level of noise catches up with the level of detail. Why is this important? Because that’s the basic premise of NR.

How does Noise Reduction work?

NR seeks to minimize the level of noise by analyzing a detail-less sample area within an image. This allows the software to distinguish between the pattern of noise and areas of detail. At the moment, the only software that allows precise manual control over the selection of the sample, calibration, and level of noise reduction is Neat Image. Over the past few months, though, I’ve seen and received a ton of ads about a new, shiny, AI-based, Rolls-Royce-esque software on the market – Topaz Labs’ DeNoise AI.

Basically, Topaz DeNoise applies NR using algorithms developed by “feeding it millions of noisy/clear images until it actually learned what noise is and how best to remove it.” (from Topaz Labs’ website).

Sounds neat (pun totally intended), but does it work?

Well I’m glad you asked! The short answer is….it’s complicated. It does work and it performs better than I expected, but I have a few reservations. For the purposes of this post, I’m only going to talk about High-ISO results; Low-ISO results are more or less the same with any generic NR software.

Before I show you the samples, I’ll briefly explain my NR workflow. I always apply NR selectively using layer masks. I apply a pass of very strong NR on the background, and a lighter pass on the subject. This ensures that there is minimal loss of detail on the subject while rendering the background smooth and pleasing.

This is a very noisy image shot at ISO 4000 on my Nikon D850. As you can (probably) see, the background’s quite rough. The good thing, though, is that the noise is grainy and NR should be an easy task. The bad news? There’s a lot of noise on the out-of-focus area on the bird’s body. NR on this area will require a compromise between noise suppression and detail retention. Anyways, let’s see how the software fared.

Compared to the original capture, both Neat Image and Topaz DeNoise AI have performed very well. Looking at the results critically, Neat Image has rendered the background way smoother than DeNoise AI. This is because the latter has attempted to preserve detail in the out-of-focus areas, but it has caused parts of the background to turn blotchy and ‘nervous’. The bird’s head seems a hair (hehehe…) sharper in the DeNoise AI image, but there’s a reason for the difference.

From my experience, what DeNoise AI does is that it suppresses noise, but it also adds sharpening and contrast (even when the Sharpening and Preserve Details sliders are set to the lowest setting of 0). While this may seem appealing in promotions and even in real-life use, it’s actually misleading and, ultimately, reducing the quality of your files. The claim that the software, according to Topaz Labs, “recovers crisp detail” may sound true on paper, but sharpening is NOT detail recovery. It’s the addition of contrast at a pixel level that gives the illusion of a higher level of detail, when it’s actually destructive. Sharpening is supposed to be the final step in processing an image, and should never be applied to the master image during NR.

In contrast, Neat Image has rendered the file a lot smoother. There are no hints of nervousness in the out-of-focus regions. The bird’s head is rendered slightly softer, but that’s because Neat Image does not apply sharpening or contrast during the NR process; the fine feather detail’s still present. The main downside is that the learning curve for the software is steep and takes some experimentation and getting used to.

A pattern I noticed throughout my tests was that practically every image that DeNoise AI was applied on had a few areas that were either completely smudged due to excessive NR or had too much noise due to no/low NR. My theory is that DeNoise AI sometimes fails to separate areas of detail and noise in the image. The problem with this is that there is no opportunity to manually reduce/apply NR in those areas; it can only be done by the software.

Here’s another ISO 4000 example of a Peregrine Falcon. Again, the background and the subject are very noisy, but the problem here is that the subject is also full of detail, and isolating the noise from the detail is a massive ask for either software. Let’s see the results from this test.

Again, the results are similar, with Neat Image having a slightly grainier background, but a more even NR on the subject. Topaz DeNoise, even at very low NR settings, is quite heavy-handed. However, I’m (mostly) impressed with it’s ability to separate detail from noise. Layer Masking with Neat Image was quite a painful experience in this case even though, in my opinion, it gave the better end result. Topaz DeNoise was comparatively much quicker which may be appealing to most people.

I applied the same level of output sharpening for both the Neat Image as well as the DeNoise AI results. Since DeNoise AI already applies a layer of sharpening in its NR process, the final image looks sharper when down-sized for web use, but halo artifacts can be found in the master TIFF file. Also, when you look at certain parts of the image, such as the underwing shadows, you can see that DeNoise has applied very strong NR, which has eliminated detail. The ‘Blacks’ are also deeper due to the added contrast mentioned earlier.

When I first heard of Topaz DeNoise AI, I was quick to dismiss it as just another gimmick. After using though, my opinion has changed somewhat. I still maintain that it’s not the ideal NR solution – Neat Image is still the king of NR software – but it’s certainly a big step forward compared to the other products on the market, and even LR and C1Pro’s own inbuilt NR sliders.

My main gripe with the product, though, isn’t the quality of the NR – it’s more than decent – but with the algorithms themselves. I don’t get why Topaz would want to implement sharpening and contrast within the NR algorithms for any reason other than to give an illusion to the user of, as they put it, “a pixel-perfect photo in any situation.” That’s simply not true. Sharpening anything but the down-sized/up-sized file AFTER NR is not ideal. The sharpening/detail sliders seem redundant to me considering they’re applied to the image regardless of the setting you choose. DeNoise AI is a genuinely good NR software (even if it has its quirks), but it’s been over-cooked, in my opinion, by some of the decisions at Topaz Labs – it’s not “groundbreaking technology”, it’s not going to make your images “noise-free”, but it gets the job done relatively easily. As with most things in photography, a ‘one-click solution’ is never going to give you the best results. However, for the photographer who needs to process images relatively quickly and isn’t too concerned about critical image quality, DeNoise AI might be a good fit.

I’m not sponsored by either Neat Image or Topaz DeNoise. I used the 30-day free trial of DeNoise AI that’s available on Topaz Labs’ website, and the Pro version of Neat Image V8 that I purchased for my personal use.