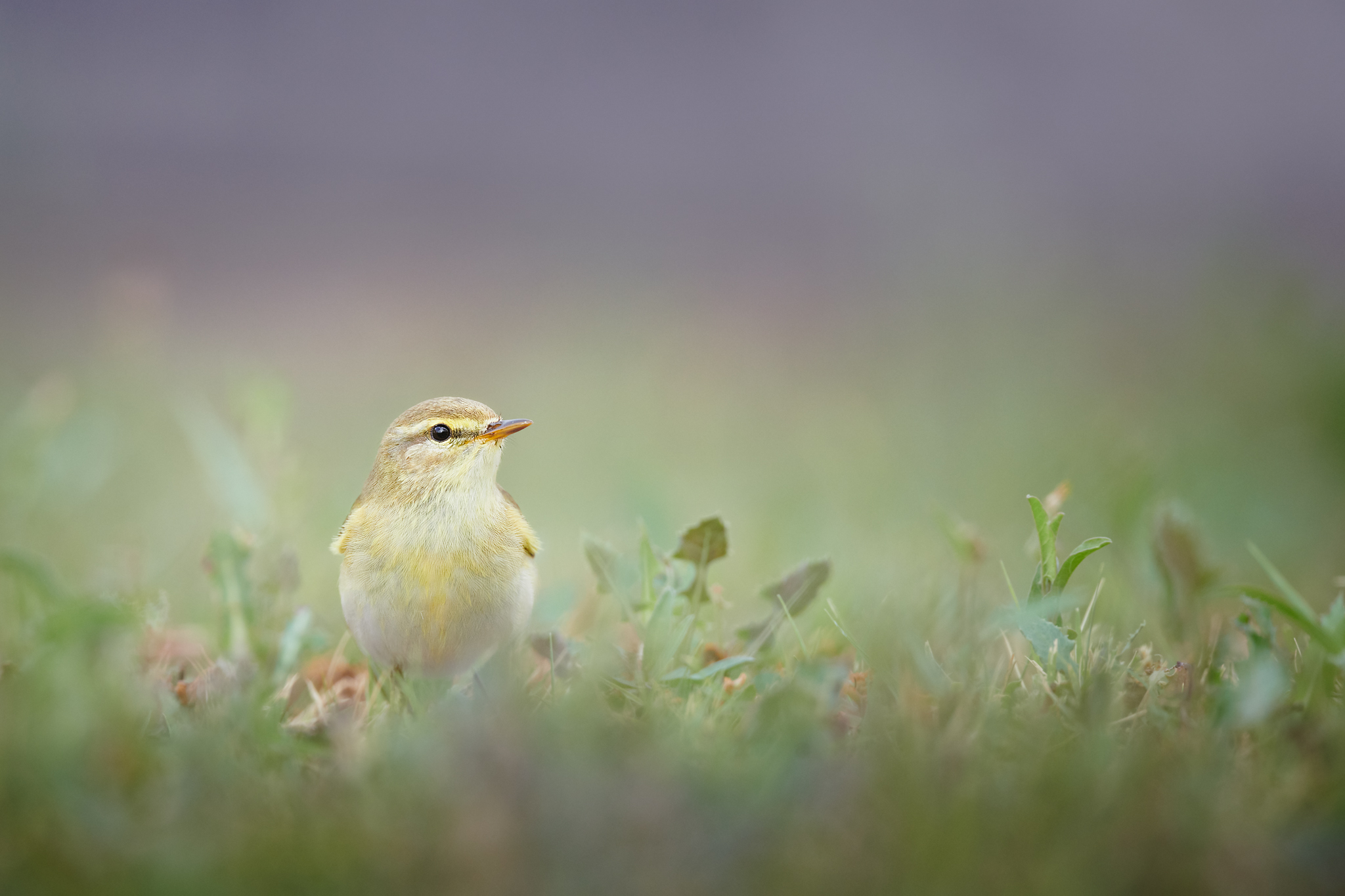 This post is going to be quite different compared to my usual technical ramblings. Over the past few days, I’ve been reflecting on the past year and the direction that my photography is currently headed. Consequently, this is also going to be a pretty long read.

As you probably know, the outbreak of the novel Coronavirus disease (COVID-19) in early-2020 meant that most of us couldn’t do as much photography (among other, more important things) as we would’ve liked. I, personally, was looking forward to the Kentish Plover nesting season (chicks!), but the lockdown rules meant that I couldn’t even leave the house. Depressing times.

By that point though, I already had been going out to shoot pictures for about 3-4 months on an almost-daily basis. I was burnt out and the lockdown was an opportunity to recharge my batteries, in a sense. Well, that’s what I thought would happen, anyway. Within a couple of weeks of being stuck at home, I was itching to go out again. I couldn’t stay cooped up within the four walls of my room. I missed my birds.

In a cruel, twisted way, it was like humanity was dealt a UNO reverse card – nature thrived as we observed from the prisons constructed out of our own evil. Between hoarders of toilet-paper and COVID-deniers, the world suffered and we went further down the rabbit-hole that we dug ourselves into.

The effects of isolation on the human mind is an interesting study. I found that the more time I spent away from people and nature, the more appreciation I developed for the world around me. During the spring of 2020, I was fortunate enough to host a pair of Willow Warblers in my backyard. I needed birds more than even before, and they could not have picked a better time to arrive. Bliss.

As spring gave way to summer, I was able to go out again. The heat was nigh-intolerable but that wouldn’t stop me now; not after I felt robbed of an entire season’s worth of photography. And so began a long grind of shorebird photography – I had the marsh all to myself and I was the happiest person in the world.

After about four weeks of intense shorebird-ing, my gallery started to look pretty monochrome. The harsh summer heat meant that a thick layer of haze would always kill the first rays of sunlight, giving it a dull, grey hue instead of the morning sun’s characteristic rich, golden tones. That was my first roadblock. On a more personal level, I started to feel my own photography plateau. All the plans that I created during the lockdown were erased – I did not account for the heat and its impact on light. I decided to swing it and hope for the best.

When you’re first starting out in photography, nobody teaches you the fact that it has a massive tendency to kick your butt when you slip up. It’s an absolutely unforgiving art-form. I spent around 10 hours each week at the marsh, and that figure isn’t accounting for the sleep that I sacrificed to get up at the most ungodly of hours in order to give myself the best opportunities for photography. If I were to estimate my success rate, I’d say it was about 10% which, in all fairness, isn’t too bad. The problem, however, laid deep within me. I stopped enjoying photography.

My images held no value in my eye. They were just pictures of birds. Anyone with a camera could photograph them the way I did. They did not convey the story that I was hoping to tell, regardless of aesthetic appeal. In a broader sense, how was I contributing the larger cause of raising awareness of the world around us? How would these images enable people to notice birds more and, hopefully, understand them better?

I felt like I’d run into a brick wall. After all, it’s hard to truly connect to an portrait of a bird when we, as humans, are so different compared to them, right?

Not quite, as I soon found out.

There are many things that we do not quite understand in this world. Our minds are programmed to cater to our needs alone and to visualise our immediate surroundings in our own image.

So self-absorbed I was in my pursuit of regaining my photography mojo that I forgot to treat birds as being individuals with the same level of sentience and complexity as us (and sometimes, even greater). My eyes were opened as I managed to form a bond with, quite poetically, one of my favourite shorebird species, a Kentish Plover.

Over the span of two months, I photographed this individual almost exclusively. I observed as it drove other plovers away from its dominion, the way it would take-off at the sight of a larger bird (often a heron or egret) and, most notably, its appetite for sushi.

This bird was the only one of its kind in the marsh to actively seek out fish for consumption. Given its short and rather blunt bill, I wasn’t expecting this behaviour at all. This revealed a new side to birds that I wasn’t aware of before – the fact that every single bird is unique in its personality and tastes. This opened up a whole new world of story-telling possibilities.

The struggle eventually gave way to clarity. I was finally able to figure out what I valued most in a picture – purpose and intent. I’ve always heard professional photographers talk about having the right vision for an image, but up until this point, I never really understood what that meant. What does it mean to have a ‘vision‘ or ‘purpose‘? I’ll do my best to explain it in simple terms, although articulation is not something that comes naturally to me.

I am of the opinion that an image needs to speak for itself; that every scene has a story to tell and the photographer is a mere medium of translation. Aesthetics are subordinate to a picture’s ability to convey emotions and meaning.

The truth is that in this day and age of social media, there are hundreds of thousands of incredibly talented photographers who are shaking the very foundations of bird photography. You no longer need the best gear or a rare species. It’s about learning to work around the limitations of your surroundings and, indeed, your mind to create imagery that is an honest reflection of not just the world around you, but your own perception of the world.

With that being said, there is obviously a lot of skill involved in capturing sharp, clean portraits of birds and I won’t downplay the importance of those shots. Not every image can or should be small-in-frame or a silhouette. The main takeaway is to improvise, adapt, and think deeply about the impact you want a picture to have on the viewer. That is purpose.

“Think outside the box” – but how?

Lastly, a piece of advice I received regularly throughout the year was that I should “think outside the box”. It’s a very simple phrase on the surface, but it’s very ambiguous in its meaning. What is this proverbial “box” and how do you leave it?

Let’s define the box first. In my opinion, the ‘box’ is our very first impression of a scene. This concept is best illustrated through an example.

In this case, the image on the left is a more standard, for lack of a better term, view of the Osprey nest. That was exactly what I saw as I walked down the beach. The light was harsh, the background was messy, but to see a pair of Ospreys in the nest was a cool experience. This was never meant to be a shot that I’d share on social media. It was kinda like hitting ‘save’ before going on to face the main boss of a video game (gotta have that insurance!).

The picture on the right, however, was what I envisioned when I walked around the nest in search of a better composition and light angle. The sun was much lower in the sky, drenching the scene in a rich red-orange. The male bird’s pose is also far more dynamic and indicates behaviour. The absence of distracting elements draws the eye to the subject and the sun helps balance the frame by adding some weight to the top-half of the picture.

To think outside the box is to simply think of the scene as a puzzle that needs to be solved. Every single composition already exists in nature. It’s up to the photographer to find them first with their heart and eyes, and then through their camera lens.

The best part of photography is that there’s always something to learn. My main goal for the new year is to attempt a few new techniques that I haven’t really delved into in the past. Shorebirds in flight are especially something that I want to work on in early 2021 during the spring migration. I’m also looking forward to photographing Hobbies and other raptors in flight come April. Little grebes during the blue hour are a subject I’ve been looking forward to shooting for the longest time as well. I can barely contain my excitement!

As always, thank you so much for reading and I hope you got something useful out of this (rather wordy) post. This was a lot of fun to write and I also got to feature a few images that I haven’t yet shared on social media. If you have any questions regarding photography, please feel free to contact me via e-mail or send me a DM on Instagram (@aditya.sridhar). Stay safe and I’ll see you in the next post!